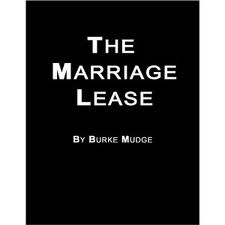 This is something that I coined up for Sanj a few years ago.  Let me preface this with “I love my husband very much.  The good in him I love to death.  The bad and the ugly I tolerate.”
Being married 16 years… we both have changed… he has changed a lot since I said I do.  Over the years he has become more and more like his mom.  I am not saying that is good or bad but rather stating a fact.  Over the years, Sanj has grown more and more to only see a cup half empty.  He is a pessimist to the end.  Having to be social in his profession, at the end of the day he is happy to be unsocial.  He is a person who is full of contradictions.  He has high expectations on himself and therefore has that in fact demands that from those he live with him.
Over the years as he has changed… I will often say to him… “Do you know how hard you are to live with?”  I will often challenge him that even he wouldn’t like living with himself. lol
One day I told him that he is on a twenty year lease.  That is it.  At this point, renewal will be an option but not a given.  It is a joke between us as his 2o year renewal date comes up.  July 3, 2014 is the date.  At this point… I will have survived living with my polar opposite for 7,300 days!  Wow, that is a lot of days!
Imagine my surprise when I goggled  Marriage Lease to find it a hot topic!  There is even a book on this… which I plan to go out and buy today hopefully, if it is in stock.  Marriage Lease…  If we did not assume that we would be together till death do us part  would we treat our spouses differently?  Would we treat with more respect?  Maybe truly cherish them with our actions?  Maybe we would live more as if we are courting each other daily… rather than taking the other for granted.  Maybe we would listen… really listen to what the other is saying.
I see spouses treating others such as a co-worker with more thought then they do their spouse or listening to them intently.  I see how polite one can be to those that they did not promise to love and cherish.
Why is that?  The other day I told Sanj that I am forever working on my marriage.  I think of his needs, even the smallest, most basic.  Last night he was coughing up a storm… we were already in bed minutes to sleep.  I thought of what I would want from him (not what I would get from him…) and got up went down and made him a hot drink.  That is the key, I think… to do what we would WANT from our spouse and not what we GET from them.  Oh wait… isn’t that the Golden Rule?
I am not sure what Sanj really thought when I said this… he replied something along the lines of  “you don’t think I work at our marriage?”  Actually no… I think that men just DO… that they don’t’ really think of it.  We operate so differently.  This is an assumption as he didn’t really say much more… no surprise there… again … we are so different.
We, as men and women are so different.  We operate so differently.  This isn’t a fault but rather a fact.  A sucky, stinky fact.
So… if we operated on a short term lease… every seven years… as one website said… would that change how we treat each other?
Sanj often jokes that he will wait till he is at year 18 or 19 and then put on his A game…  haha.
Not really funny.  See, if we were really renewing a lease… it is best for men to remember that women do not have problems with memory… we remember everything!  An example would be … remember November 18, 1997?  I do.
So… leasing vows… I promise to love and cherish you till 2014.  Would that make marriage easy?  What do you think? 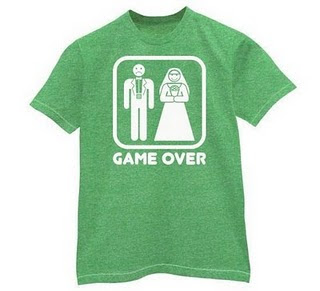 As I read this blog to Sanj before I hit publish… he gets from it that I am mad at him… THIS Isn’t ABOUT YOU!  lol  THis is just such a fascinating topic to me!  He is also trying to figure out what he did on November 18, 1997! lol

2 Responses to The Marriage Lease