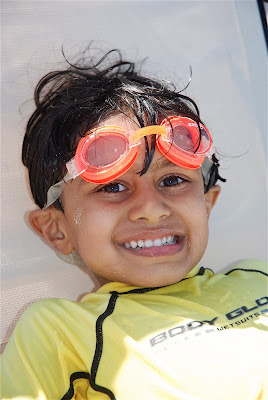 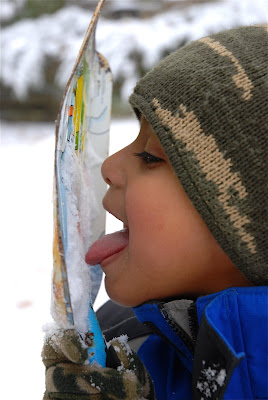 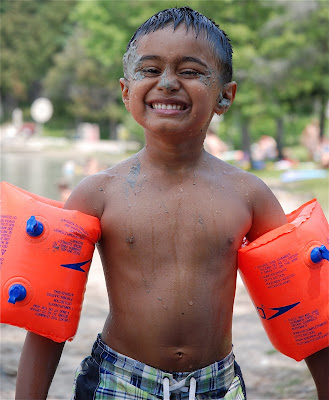 This is my honey! I always described Zachary as yummy. He has such a zest for life….and isn’t going to let size, age or ability stop him from anything! At 6 years, he now has a bit of an attitude that makes him more like sweet and sour sauce instead of simply yummy!

This weekend Sammy has 3 of his buddies over for the night and day to follow. Zach doesn’t seem to realize that he isn’t 16 instead of just 6! He knows all the 7-8 grades at school and scary… they seem to know him! The older boys come saying …”Mommy, make him stop!”

I keep telling Zach one day he is going to get beat up by his brothers. I can already see it … as distrubing as it is … Sammy or Tyler with a girlfriend hanging out… and Zach and Josh spying on them! Oh BOY!

Zachary… you are such a delight as well as a pain in the booty! We love you!