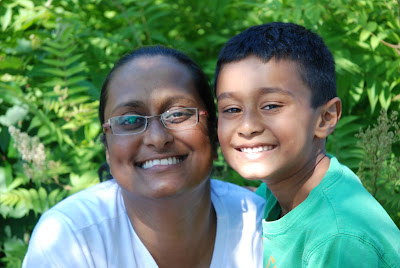 Zach has been going to Vacation Bible School this weekend at Ferndale Bible Church. He has loved it! He is up, bathed, dressed and ready by 8 a.m. Today was the finally day, ending with a BBQ for the families. It was well done! He can’t wait for next year.

I had to run to Zellers before going home. It was time for a socks and underwear run for the boys. I let each child pick a SMALL, CHEAP toy. Zach picked out this $29.99 thingy.

NO… was my reply. It’s just a small treat! I gave him a few choices. Then the little devil inside him spoke… I don’t even know WHAT he said… but it was HOW he said it.

Done… NO TOY! You just lost the privilege to get a toy. My only excuse for what followed is that he is overly tired.

My 6 YEAR OLD son threw himself on the floor and WAILED LOUDLY while crying… “I want a toy!” Thankfully he didn’t fight me as I took his hand to lead him to the cash. The whole way down the isle… wailing… ” I want a toy!”

If I was watching someone else, it would have been funny. It was just so classic. My nightmare.

Thankfully Josh picked this moment to behave. So all I had to focus was on child #5 while everyone stared.

It was straight to bed… although I was informed 6 year olds don’t nap. “Well you weren’t acting like you were 6, now were you?”

All in a day’s work.