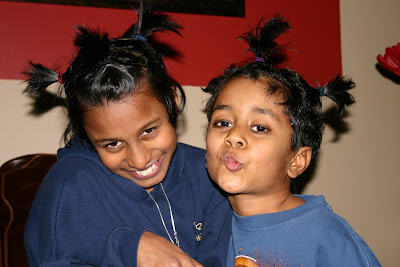 My older boys are getting to the age where girls are becoming more a part of their world. Girls, these days are forward. I am sure it has to do with the fact that they mature faster than boys. I am sure that some of that maturation comes from having older siblings. Or maybe being the mother of boys, they just seem more mature and confident.

I am not sure I am ready for this change. In Sammy’s class there are 3 couples “going out.” according to Sammy, not dating… they are just friends that like to hang out. Sammy seems to be the friend of everyone’s. “Does so and so like me?” he gets asked.

I remember being in love with Jay McCauley. He was in my 5th grade class. He was so cute. I thought about him all the time. Even though we moved to Florida in the middle of grade 5… he occupied my thoughts constantly.

Then there was my youth group leader, Terry Hudson. He was hot. But he was older, actually quite a bit older and probably had a girlfriend but my friends and I enjoyed living in a dream land.

The list continues… none of those crushes became anything other than crushes till university. But I remember my feelings at the age Sammy and Tyler are and it is a little disconcerting that they are such little people. Of course, they swear that they do not “like” any one. Yet I am sure they are very aware of the opposite sex in a whole different way. Much has changed since their little play dates.

I can’t even imagine Sammy contemplating a kiss. YUCK! But i suppose this is a strong possibility in the near future… well hopefully not so immediate future. I can’t fathom Tyler having a racing heart as he thinks of reaching for a girl’s hand.

Where did the cooties go? Come back cooties, come back!