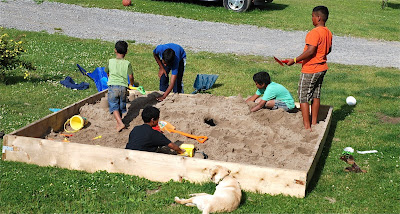 Today I had lunch with a friend. As we were catching up, it occurred to me that marriage is such a complicated thing.

When you think of living with a person (forever or as long as you can) that is a long time. How many people have a mate that is perfect?

First of all, just living with the opposite sex is a mystery with no manual. Each sex is so different. We really are from two different planets.

Then you have to take in personalities. You also have to take into account that personalities CHANGE. That really isn’t fair… how are you suppose to know who you are marrying if they change? I never really thought this through before… but look at the parents is what I would tell me kids.

I am so much like my mom in many ways. Sanj often says, “You are becoming like your mom…” Yup, I guess that is what is in the cards.

I never really understood my mother-in-law even from the get go. We are very different personalities. Yet we always had one thing in common… loving Sanj. Yet we even loved him differently. But now looking back, I am able to just let her love him the best she can… maybe it is not my way or his way but I have to just accept it is her way which is the right way for her.

Sanj, as he ages, has changed almost 100%. He is becoming so much like his parents. It isn’t a good thing or a bad thing but it is a DIFFERENT thing! I am not sure I would have had 6 lovely wonderful busy boys with him… if I knew the Sanj of today…
only because he has become very OCD.

An example of this is our sand box… we just put up the sandbox on the weekend and the sand was delivered yesterday evening. The boys LOVE their sand. All of them play in it, fight in it, throw sand and come out wearing sand. The obvious result is that there was sand everywhere.

While I don’t like the mess that sand brings, I love the quiet that it provides. I actually had to go make sure the boys were in the sandbox this morning because it was so quiet! I love the creative energy that is flowing in the box. I love the togetherness it is fostering between them.

No I don’t like the mess but I feel like I can sweep and vacuum. Yet my hubby was yelling out of the bathroom this morning… There is sand in my sink…” A minute later… louder ” There is SAND in the shower…” And then… “THERE IS SAND EVERYWHERE!!!!”

It is freaking him out!!! I feel bad for him. How hard it must be to just want order and calm and yet live in a world of disorder and constantness. I know that he wants just areas that are kid-free zones. Yet it is that area that the kids are drawn to the most.

Today we drove the truck “Daddy’s truck” because I was worried about exposing my friend to the disarray of the van. As we got into the truck, one of the boys said…”Oh oh… there is sand in here!”

Another mom that lives with a husband with OCD tendencies said, “It is really hard, sometimes. It is stressful.”

Back to my point about marriage being work. It is work to deal with anyone outside our selves. Isn’t it? Each one of us is perfect inside of ourselves. If only we could make others function they way we do … it would be perfect.

I feel a bit cheated because Sanj was anything but neat when I met him. If there was an opposite of OCD that would describe him. So is it fair… 6 kids later that he become OCD on me?

But I suppose that can’t be helped. I am sure if he could pop a magic pill that would allow him to relax, release and refresh himself… he would. (Well he wouldn’t talk that pill… I tried!)

So we all have to accommodate. He has to deal with sandy floors, messy vans and a noisy home. And we have to deal with the on and off complaining… that we learn to turn off.

So as I went to lunch with my friend, I am reminded that I love his man… OCD and all. I would rather him in my life than not. I don’t mind the work that goes into my marriage as I get much more out of it that isn’t work.

I am committed to loving him for the long haul… even though he becomes more and more like his parents. I guess I will only draw the line when he starts wearing moo-moos like his mom!

As I called my dearly loved OCD hubby to say hi… I wrote a blog about you… He replies… “Oh boy, after today it can’t be good!” How I love him.. At least he seems well aware of his short comings!