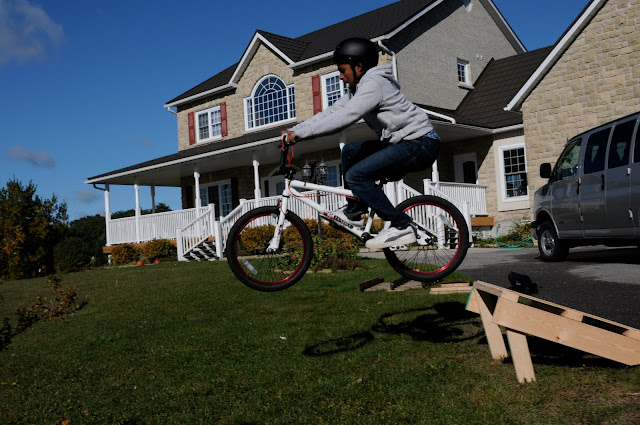 Usually the hardest part of my day is from 3:15 pm till we get home.  It is usually filled with meltdowns, excitement, complaint, tears and request for food of the unhealthy variety.

The greatest thing that worked for me was to put a movie on to distract and occupy their minds till we got home.  The dvd in the van has been out of commission for a bit.  Well, longer than a bit and seems to stay on my to do list.

Today was not a real exception to the rule.  I had three home from school today fighting the bug that bite them.  Sammy was the first stop.  He made brownies in his food class.  He is proud of himself.  He hands some out to his brothers and all that is left is a bag of crumbs.  Here’s the thing, I don’t know how much he consumed himself but as his antics escalate I realize that he has had more than he can handle.  My son, my oldest, whom I love dearly, has an allergy to sugar.  OK, it may not be an official diagnosis but if you are around him a short time after he has inhaled sugar, be warned.

He is off the charts.  He has little control of his behaviour.  Today he was just plain funny.  As we were leaving Sanj office (so he could check Zach’s ears), Sammy said he needed to go to the bathroom.  I told him to just want till we were at the school to pick up the boys.

As we were waiting in the traffic circle for the remainder of the boys, Sammy suddenly bursts out of his seat and exclaims, “I feel like there is an earthquake in my bottom!”  He dashes out of the van.  The other boys are killing themselves with laughter.  I am laughing and a bit amazing that this child was one that I bore.

The ride home was one with constant chatter and craziness.  I was going to the grocery store near our house.  As I reached our street, I stopped and said, “Sammy, why don’t you walk home.”  (I was thinking that perhaps he would burn off the extra energy that was oozing out of him).

He replies,”Only if you make me!”  Cockiness was all over his face.

(The problem is that the older boys easier can overpower me physically… so I am forced to be creative).

I answered, “Tyler, I will pay you $20 to put Sammy out of the van.”
Sammy immediately answered, “No need,” and was out and off on his adventure.

I drove to the grocery store, praying the whole while that Sammy wouldn’t get kidnapped during that time.  It is quite a walk from where I dropped him off to our house.  There are also a lot of hills.

I was quick, in and out and we were on our way.  The boys were trying to text Sammy with a message of “How does it feel to be a hobo?” but there was no answer.

As we drove, there was no sight of him.  Great… the lesson seemed to be on me rather than him.  We drove all the way home with no sight of him.   The snow and wind had picked up and there were drifts everywhere.

Zach was just running in the house to see if he somehow made it home before us when a van drives behind us.  One of our neighbours saw him and thought it was to yucky for him to be walking.

He ran into the house looking quite pleased with himself.
Bummer!  Who learned the lesson? Sigh!

This entry was posted in Uncategorized. Bookmark the permalink.

One Response to The Lesson…