Parents… and Know It Alls… 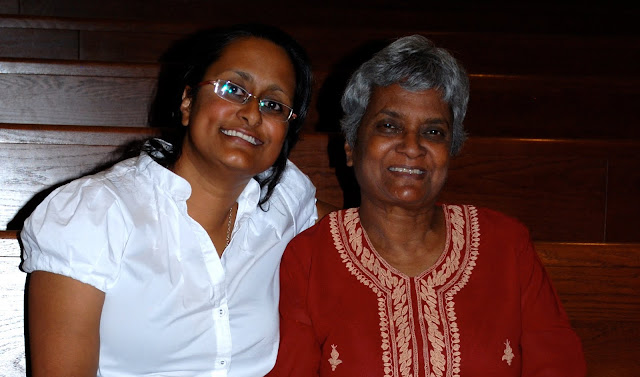 I always have something to say… but I think I have stumbled and a true case of writer’s block!  Scary!  What if all my thoughts keep running away?  🙁

On the flip side, I just have to hang out with my husband a few minutes and he usually gives me plenty of material to write about.  In fear for my marriage, I have to pick and choose what is acceptable to  complain  write about!

One of the most annoying things about Sanj is his know it all attitude.  He does not know it all.  Yet, if he has an opinion, it is right.  Well, so he thinks.  I have very rarely seen him sway from a belief.  Do you know how annoying that is?

Today, as I was complaining about my writer’s block, he said, “I have a topic you can write on.”  He proceeded to suggest that I write about How well does one really know their parent?

I know my mom.  Of course there are qualities that pop up that often surprise me but then again, as human  being we change. So when a new trait pops up, I can add it to my definition of her.

Sanj has a very different relationship with his parents.  He left home at the young age of 16 years old and went to a boarding school.  He then went away during the summers to work at camp and then was off to university.  He never really lived at home full time since being 16 years old.

You never really know your parents?  Hum…  I disagree.  Do you have an opinion?  (Please take my side)! lol

2 Responses to Parents… and Know It Alls…