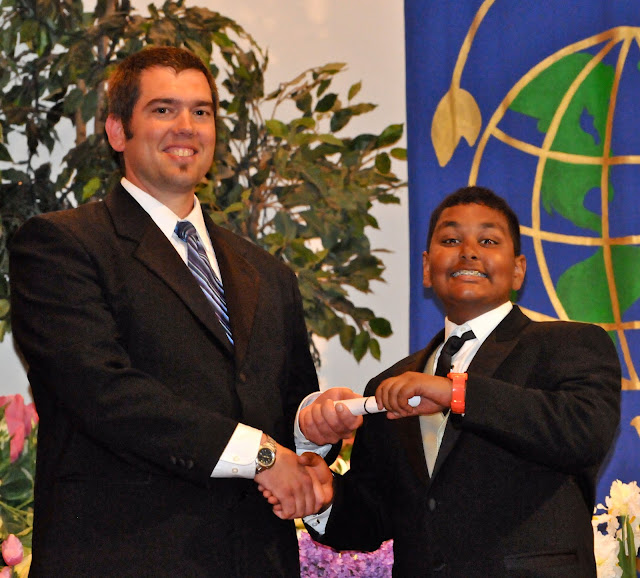 Last night my once little man became my big man.  It was so wonderful to see Tyler, confident, happy and having a great time.  It is so amazing to me that my son is this great kid.  He was so shy, insecure and stressed all the time.  I, of course give his parents and God credit.  Yet, I have to give credit to this amazing place where my boys spend so much of their day, 9 months a year.  I give credit to the caring teachers that are so accepting.  I give credit to the families who have  similar wants for their children they give up so much to send them to this special place.one

Last night, as we were driving home, I said to Tyler, “Do you remember how you were in grade one? Could you see it as you watched the video of you doing you animal project?”

Tyler didn’t miss a beat and replied, “I was so intense! Wow!“

Have I said I love this kid?

He loves his family so much.  There is nothing more valuable then to be with the aunts and uncles he cherishes.  He has been emailing his godfather, his Uncle Pagie to come.  This is a uncle that the boys adore and it is definitely reciprocated yet he is the kind of uncle that flitters in and out of the boys lives.  They may see him 2-4 times a year depending on life as is Uncle Pagie.

The boys have learned to just love him and accept him when he is around.  His uncle promised to come to grad.  I was stressed.  Pagie has the best of intentions…  I just didn’t want Tyler to be disappointed on this night of all nights. 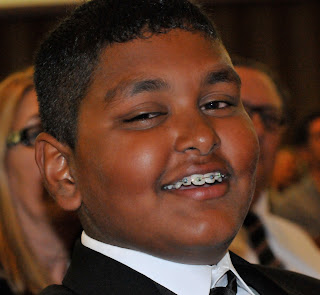 The program started.  I actually forgot about the appearance of Pagie.  15 minutes into the program I feel a tap on my shoulder.  Sanj nods behind him.  There is Uncle Pagie.  This is a picture of Tyler’s reaction as I mouth to him that his Uncle is here… it is a picture of love.  Having his Uncle Pagie there was priceless for Tyler.  For me, I will go buy a lotto ticket! lol

Despite the mosquitoes that were out in full force, we had a great night.  It was so special to see many of the families, former classmates of Tyler’s who have left come back for grad.  Someone said, “It is like coming home.”
This entry was posted in General. Bookmark the permalink.