I had the greatest day with my family yesterday.  In downtown Toronto, there was an Indian festival.  Despite the rainy day, we packed the kiddies in and were off.  Of course there was the usual bickering but for the most part the boys were great.  The food was yummy… Dosi… one of my most favourite Indian dishes was being made there. 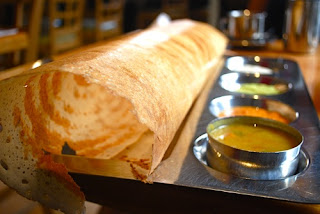 Dosas are like super thin sourdough crepes.  Often they will be filled with potatoes curried.  I love the just plain!  They are ginormous when bought at a restaurant, though I could easily eat 3-4 for of them as they are so thin and light. 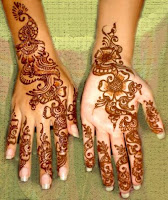 It is usually served with a spicy chutney such as coconut or tomato and a lentil.  Absolutely delicious!  My mom usually makes this while she is visiting.  I love seeing my boys loving foods from all cultures.
This was worth the trip downtown in the rain itself. :)There were Indian rappers performing and unfortunately as it began to rain harder.  We headed into the building that had various exhibits and beautiful outfits.  Oh, if I had a little girl…  A few of the boys got  mehndi, which is an application of henna ( a flowering plant) to make temporary tattoos, often done during weddings and festivals.  The boys had a train, elephant and turtle done.


What was as fun was the ride home.  The boys must have been filled with the sillies.  They were laughing, singing and dancing to the radio.  The conversations were hilarious.  At one point, one of them was complaining about something trivial and I said, “Get over it, life isn’t fair.  I got 6 crazy BOYS!”


Tyler then chirps in, “Well you shouldn’t have done that “thing” you have to do 6 times or how many ever times more you did it.“


Sanj goes into shock as he looks at me in the mirror.  I said, “Don’t worry, Tyler, we do it every night so stay out!!!”  lol  This is followed by shrieking  from the older ones and laughing from the younger ones, even though they had no idea what they were laughing about.


The older boys are intrigued with shaving.  Sammy has shaved a few times and one day comes to me and says, “Feel this…”  I felt nothing.


So, Tyler decided to shave  not to long ago.  He had some peach fuzz on the sides of his cheeks. He said that he wanted to grow a moustache for high school.  Yah, right.


So as we were talking about his last night, Max, who is a very hairy child, says, “I am trying to figure out who I get my moustache from, Mommy or Daddy!!!”  I was not happy.    lol