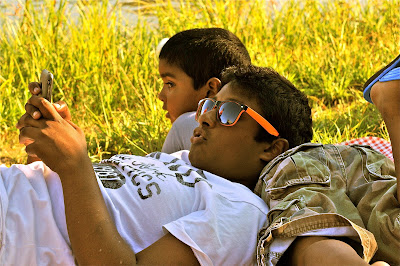 Raising Boys… being a girl I feel as if I missed out on the handbook.  They are so different in so many ways and yet so alike.  Already I see the whole Men are from Mars coming out … and this isn’t a bad thing, of course, just different, especially when I am from Venus.

I bought and read much of Dr. James Dobson’s book, Raising Boys, a while ago, actually years ago.  Much of what I read back then, I found old fashion and almost sexist.  I remember thinking his comment about girls shouldn’t call the boys a bit ridiculous.


I know many read books on raising children as authority on this but as I read it, I really believe that God has given each of us the sense and wisdom to raise our children.  I hate the  too many people rely on “doctors of …”  to parent their children.  It is great to read others experiences and thoughts but it is so important to listen to your heart as you parent  your babes.  Just a personal opinion.
As said, I read this book years ago, when my boys were little ones, interested in their cars, mud and bugs.  I was not even in the vicinity of dating, girls and what may be proper.  I have said before, Sanj and I were both shy and cautious when it came to dating and acting on feelings for someone special.  We were both older, definitely older than our boys.
Tyler having a girlfriend came as a shock … I don’t think we really laid out rules for that even.  Of course I know.. if they like each other, one can not stop that but… rules such as you are too young to have a girlfriend… you can only go out as groups of friends… you know what I am talking about… right?  So, when I heard that my sweet little Tyler had a “girlfriend” that was quite the shock.  I think my heart actually stopped beating a sec.
Sammy has an abundance of girl friends.  They love him.  If you read his Facebook page, he is every girl’s bestie, it seems.
Living out in the country seemed to isolate them from having neighbours to play with.  On one side is a, I am assuming, nice older couple as we never really see or hear them.  On the other side, was a grandpa with a daughter and couple of grandkids that seemed to visit occasionally.  The boys were kind of stuck to having each other to play with.  At times I felt bad that we were not in a subdivision for them to enjoy neighbours.
Not to long ago, the grandpa on the one side sold his place to his daughter who moved in with her boyfriend and 15 year girl and the boyfriend has a 7 year old son.  Kids… next door… yah!???
The girl is very pretty. Thoughts went through my head.  I told those thoughts to be quiet.  Over the months, this girl and her friends have befriended Sammy.  They invite him to campfires etc.  They invited him to go swimming at a friend’s house down the road.
After the swim, they all walked over here… they wanted to know if they could come in and see the house.  Is that weird?  I didn’t know.  So they came in, hung out for a bit and whatever.
Sanj told me that they hung out, the bunch of them while we were gone around the yard etc.  One night Sammy invited these friends and a few others for a bonfire.  I thought how cool of Sanj… he bought pop and what not for them.
Sanj said that the neighbour girl’s boyfriend came over and they were all over each other.  Disturbing.  The night I got home, the door bell rand at 10:30 pm… our lights were pretty much off in the house as most of the boys were in bed.  The girls wanted to hang out.
This was new territory.  Ok.. till 11 pm, we told him and we would have to lay some ground rules, after this.  The girls were loud, not considerate that others were sleeping and quite frankly, obnoxious.
I was a little distressed that these girls were wandering at 11 p.m. at night, their parents had not idea where they were and Sammy’s answer was “There parents don’t care.”
Exactly.  At 15 years old, freedom and parents that don’t seem to care is cool and the a coveted response.   At 40+, my response was a little sadness and panic.
Suddenly the words of Dobson came back to me about girls that are too forward.  Am I an old fuddy duddy?  I just think that making out in public at 15 is so distasteful.  Well, doing that in public at any age is kinda crass.
My kids are sheltered to some degree.  The school they go to, is a place where everyone know each other.  If you don’t know someone, you can just ask someone about them.  High School… it is a whole new story, sure.  I don’t know all of Sammy’s friends but for the most part, they are all the same sort of kid.  They may use a bad word in the efforts of trying to be cool but for the most part, they are good kids.


I worry about the forwardness of these kids.  Yet, when I watch their models, it is almost a no wonder.


I guess there is a line between equality, modernness and all out forwardness with a touch of sluttiness.


I hope that my boys can hold of becoming involved in serious relationships till they are done high school.  I think that intensity in high school comes with pain and so much hurt (usually).


So, I was thinking of all the things I fear for my babes, drugs, sex, violence, being kidnapped, hurt… and now I add GIRLS to that list.  Scary girls!  Yikes! Sigh!
This entry was posted in General. Bookmark the permalink.