I grew up listening to Christian radio.  Many song from the 70s and 80s that cause my peers to start wiggling hips and belt out lyrics with fondness leave me clueless.  As I grew older, I have learned groups and songs from this era but they do not fill me with memories as they do for many others.


Having teenagers in the vehicles, I am forever hearing, “Can you turn up the radio?”  Sammy loves to DJ from one station to the next.  My younger ones have grown up hearing songs that my older ones never would have known. 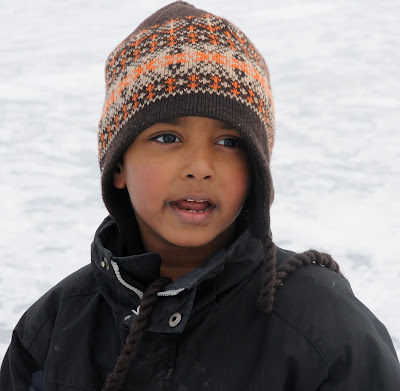 Josh has a great memory for songs and lyrics.    So often he surprises me and sings along to a pop song that I can’t even understand the words.  (I sound old, don’t I)?  lol


As we were driving somewhere this weekend, just the two of us, I hear his little high pitch voice singing along… except I am understanding his words…. which almost caused me to make an accident.
My four year old was singing”
“Hey pretty lady it’s crazy
You’re almost twice my age
I wanna dance on your body
The way I shake it on stage…

Don’t talk to strangers…”
(Song sung by Hedley)
Hearing this out of my four year old’s mouth was very disturbing (kind of funny, since he was singing with all his heart) and yet very disturbing.
Um… I think it is time to go back to Christian radio.
While on the topic, another Josh story… Josh loves me.  He doesn’t like to think that there is anyone else loving me.  So more often then not, he competes with Sanj.  Last night as I was putting him to bed, he was questioning the Date that he knew Sanj and I were going on.  He wanted to go.  I told him we were just going to be in our room.  “Is that why you have candles?” he asked.
“Yes”  I replied.
He begrudging went to bed.  This morning when I came into my room, I noticed the candles were gone.  I thought maybe Sanj put them away but was doubtful.  As we were laying in bed watching the Olympics, Josh said, “Is your date over?”
“Yes,” I replied.
“OK… I put the candles away,” said Josh.
He was so bothered by the Date.
Funny boy!
This entry was posted in Uncategorized. Bookmark the permalink.