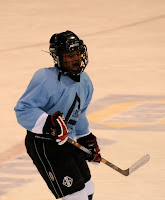 Hockey!  It is a word that takes a lot of space in my life.   I climbed and rolled off six bodies all sprawled on my bed.  They are all there watching Team Canada play the sport that makes their world.

Zachary was burning up with fever.  He wanted so badly to stay awake to watch.  He said he would close his eyes during the commercials.  He told me that one day he wanted to play in the NHL.  What a dream!  I love that my boys have these big dreams!

Hockey was what taught Tyler to learn to read.  As he struggled to make sense of letters and their crazy sounds that only are true if the I is before C or what not, he fell in love with hockey.  His desire to read the names on the hockey cards drove him to master the craziness of reading English and all its rules.

The boys lay there dissecting the plays and players.  They explain things to me that they think I don’t know.  They are bonding.  They are dreaming.  They are imagining one day being on Team Canada.

It is quite a dream to have!  I see this as the tie that will bind them.  They will come home with the wives and kids someday and they will still have hockey.  They will do what brothers do.  They will take it out on the ice or street. 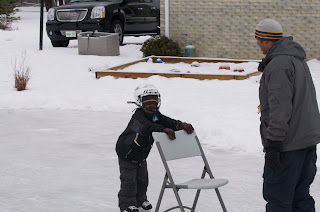 Hockey!  It does take a lot of space in my life.  I am realizing that it is so much more than just a game.  It is in the blood.  It is part of each of my boys.  It is such a big part of what makes them happy.