I love the quote, “It’s not about finding yourself but about creating yourself.”  Author Unknown

I always feel a little bothered to answer the question from friends or family, “So, what do you do with your time?  Or what career did you pursue?”
How do you explain that?  If you do not live in my world here, you would never get it.  There isn’t a title that says it all.  A stay at home mom is what I am.  Yet, I am so much more.  I could say I volunteer at the boys school.  Yet that doesn’t really explain much either.  I could say the I have a list of projects that I tackle that hopefully change the world in small ways… but really what does that really mean to people?


A few weeks ago while we were in DC at a party celebrating the accomplishments of Sanj’s doctorate and the Masters degrees of his cousins, there was so much talk about degrees and achievements.  There were speeches made about striving for the highest education that you can.. that life is about being the best you can be… academically.


I have to admit, that while I was home with the boys as babes, I was never questioned what I did.  Raising the boys, often left them looking at me with respect.  I was doing a task that seemed so daunting to most.  I have found that now the boys are in school, they seem to think that my job is done.  They wonder what do I do?  I was asked so many times if I will further my schooling.


I never had an option as to what I would do after high school.  I always knew I would go to Andrews University.  I wasn’t an option for me.  I never really questioned my folks.  I was the kind of kid that usually did as I was told.  I think that because leaving home was a reprieve for the crazy family life I had, I never questioned the expectation.


University was just another step.  It was a wonderful period of my life and I grew so much.  I was creating myself, even back then even though I thought I was finding myself.  I was never an exceptional student.  I found studying hard to do, especially when life was just beckoning me to play!  School, when it interested me was fun.  I loved projects, things that I had to create.  I loved things that were tangible.  Things such as atoms, neutrons, protons…  abstract thinking such as Philosophy was the death of me.  (The only thing that keep me going in Philosophy was that somehow Sanj was in this class with me… and I didn’t want to fail, in case he asked me anything about the class).


I have a BS in Education.  Yet as much as I am proud of all those in my family that have worked so hard to accomplish all those letters after their names…. and there are a lot of them… I come from some serious high achievers…  I found the speeches a little bothersome.


Not everyone is cut out of the same cloth.  I am sure I could get my Masters.  Yet, having that would not help me accomplish my goals and desires I have.  It will not help be create the me I am meant to be. 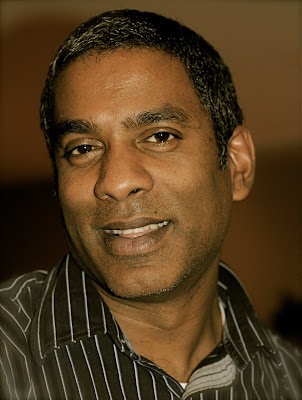 I think of my brother-in-law… Raj.  He is not one to have a lot of letters after his name yet he is one that has accomplished a great deal.  Raj is a Toronto Police officer.  He is your typical boy that loves a good game of bad guys and good guys.  When he is telling a tale of his day, he is actually using the term bad guy/good guy and gets all excited telling the story.  He is someone that has made the world a better place.  He has done some amazing things and moved up in the ranks of the good guys.


I know that every parent wants their child to accomplish all they can.  Yet I think as parents we need to accept the children that school isn’t the easiest or best option.  My brother-in-law could very well have a PhD. as he is smart enough, yet it would not have been his calling.  His calling is to play with the bad guys everyday, to make the streets safer, to make a difference in his way.


Does this make sense?  Maybe not.  I am certainly not putting down education.  I hope that my children become the best they are meant to be.  I also want them to know that creating themselves is a journey and there isn’t just one road.


I am still on my journey.  When I came back from DC… I felt frazzled.  How do I let them know that I am not just a stay at home mom?  I felt like I was falling short in their eyes.  Maybe I am.  I don’t know.  I do know that my reality is so different living in a small town then the constant race of the big city life.


I know.  It really shouldn’t matter what others think.  Yet, I have to admit that it does.  There is a lot of pressure… my husband is this super smart guy.  I used to feel so inferior to him… for a very long time.


I am just a different creature.  I have dreams and visions… big ones.  They are just different then everyone else.  I am still creating me.  I am not in a hurry.  I feel like I should be sometimes… but then again… greatness can’t be rushed! lol


This is a blog to applaud all those that have the drive to study through the years of learning and make the grade.  You are awesome.  You are my hero.  This blog is dedicated to all those that took the path that was not about books and classes… yet found the road that is the best you.

One Response to B.S.